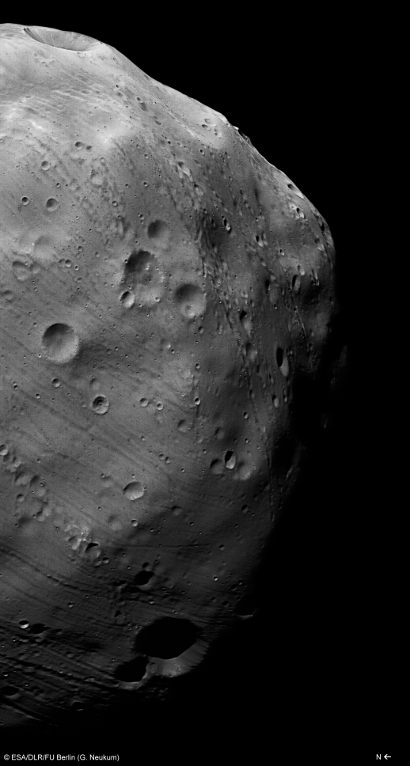 The High Resolution Stereo Camera (HRSC) onboard the ESA spacecraft Mars Express took this image of Phobos using the HRSC nadir channel on 7 March 2010, HRSC Orbit 7915. This image has additionally been enhanced photometrically for better bringing features in the less illuminated part. Resolution: about 4.4 metres per pixel.

Mars Express to make closest ever approach to Phobos