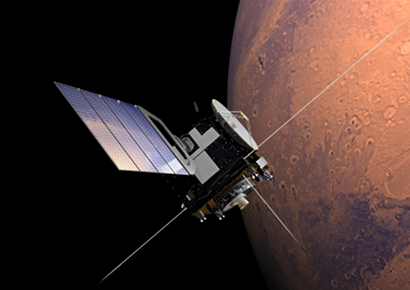 Mars Express lifted off from Baikonur Cosmodrome aboard a Soyuz/Fregat launcher on 2 June 2003. It entered orbit around Mars on 25 December that year and reached its operational orbit in January 2004. The nominal mission duration was one Martian year (687 Earth days) and was completed in September 2005. The mission has since been extended five times; the current extension is until 31 December 2014.
View »
24-Jan-2022 07:00 UT