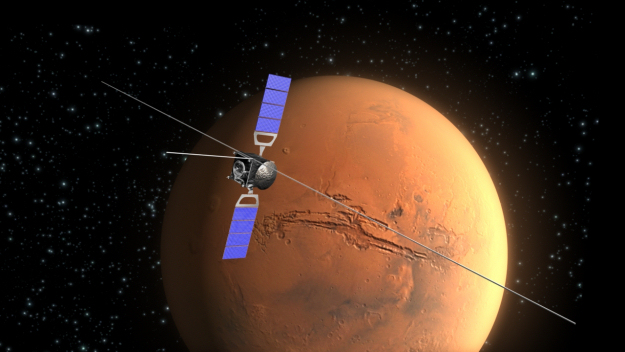 Mars Express has used its MARSIS radar to give strong evidence for a former ocean of Mars. The radar was deployed on the spacecraft in 2005 and has been collecting data from the subsurface ever since.
View »
7-Feb-2023 20:29 UT