Images of Deimos from Mars Express

Images of Deimos from Mars Express 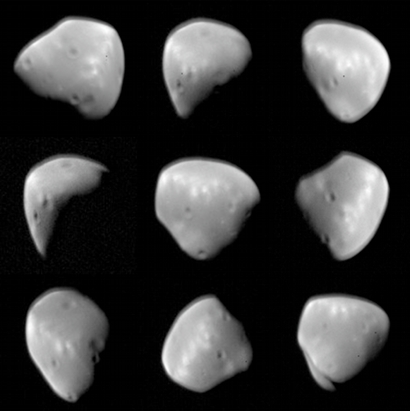 These images of the Martian moon Deimos were taken from different orbits with the Super Resolution Channel (SRC) of the High Resolution Stereo Camera (HRSC) on Mars Express.

Between July 2005 and July 2011, Mars Express carried out 50 Deimos approaches, during which 136 SRC images were acquired. For nine of the approaches the background stars were sufficiently bright to allow the images to be used to provide new astrometric measurements of this moon.