Beagle-2 and components on Mars

Beagle-2 and components on Mars 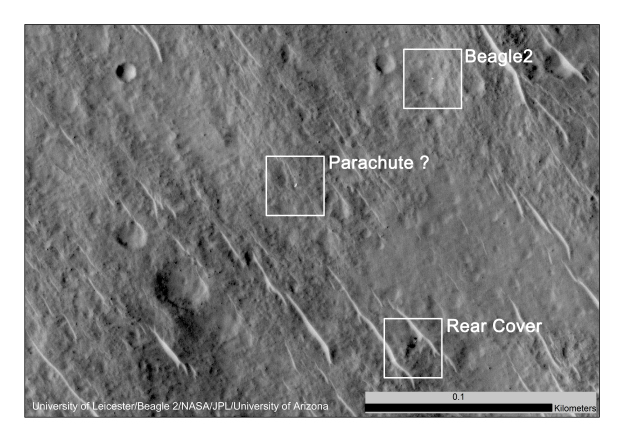 The UK-led Beagle-2 Mars lander, which hitched a ride on ESA's Mars Express mission and was lost on Mars since 2003, has been found in images taken by NASA's Mars Reconnaissance Orbiter. This labelled grey-scale image identifies the lander, and its parachute and rear cover.