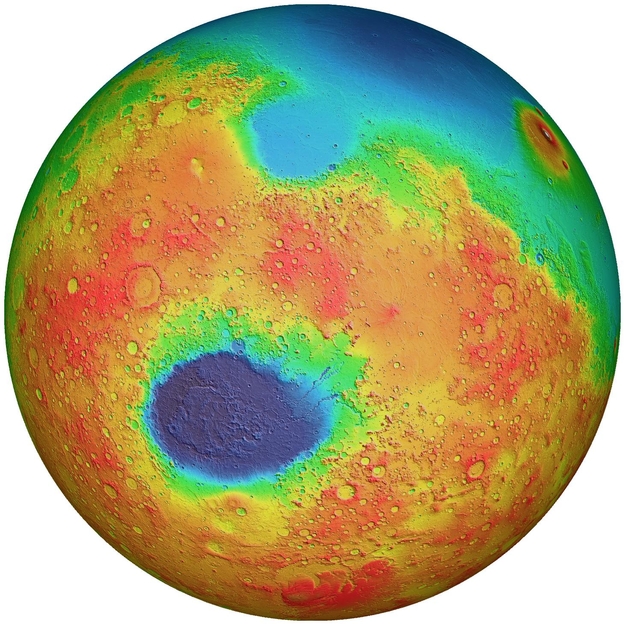 This false-colour map, produced by the Mars Orbiter Laser Altimeter (MOLA), depicts the topography of the Martian surface. Hellas Basin, the large, dark blue region below the centre, has a diameter of 2300 km, and is one of the largest identified impact craters both on Mars and within the Solar System. It is thought to have formed some 4 billion years ago.