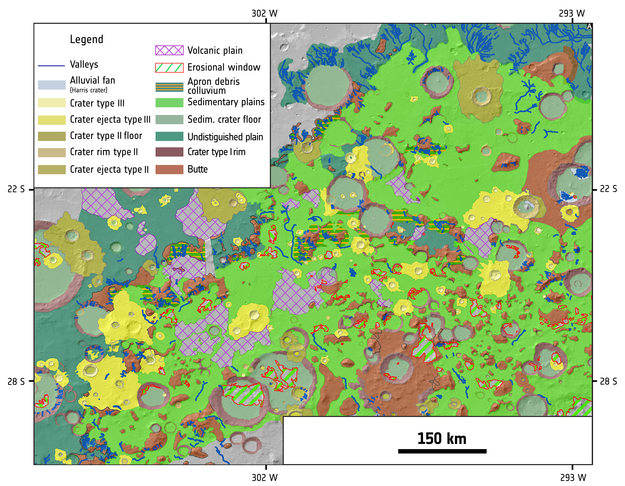 The data from Mars Express and MRO allowed the scientists to explore the region’s appearance, topography, morphology, mineralogy, and age. More specifically, Mars Express imaging data allowed them to study the plains’ geology on a regional scale, providing context for the local-scale observations from MRO.

Analysis of the map provides new evidence for a warm young Mars that hosted water across a geologically long timescale, rather than in short episodic bursts – something that has important consequences for habitability and the possibility of past life on the planet.