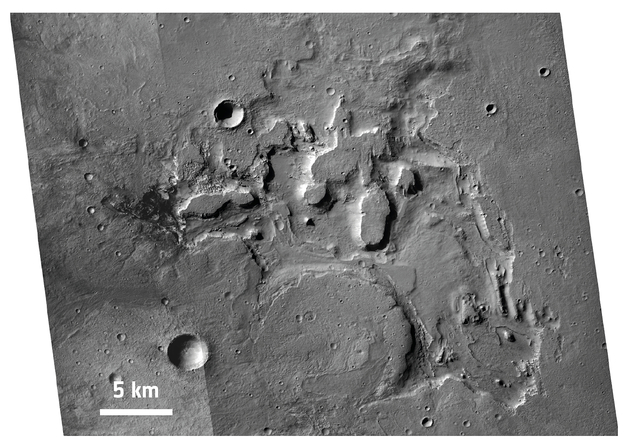 This image, taken by the context camera on NASA’s Mars Reconnaissance Orbiter, shows an erosional window in part of a region north of Hellas Basin on Mars.

Erosional windows allow scientists to reconstruct the stratigraphy of regions beneath the surface and to estimate erosion rates for the area being studied.