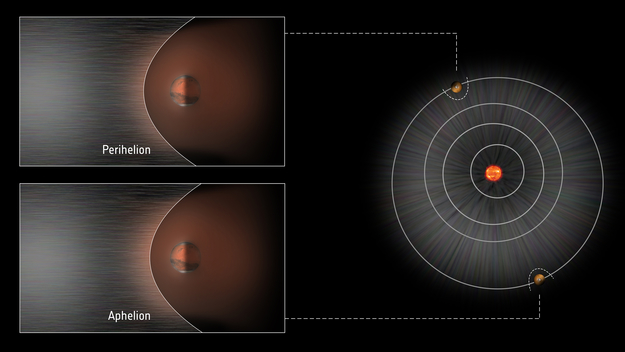 The graphic on the right indicates the positions of Mars at aphelion and perihelion (viewed from above), while on the left the bow shock position at each position is indicated. The orange glow indicates the extent of the exosphere – the outermost layer of the Martian atmosphere, where gaseous atoms and molecules escape into space and interact directly with the solar wind.