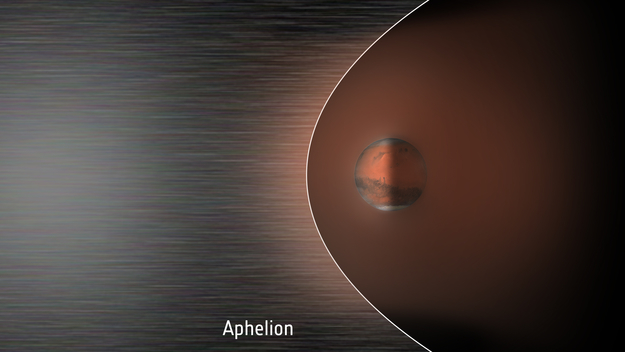 The bow shock's average distance from Mars, when measured from above the terminator (the day-night boundary) reaches a minimum of 8102 km around aphelion (–depicted here), while its maximum distance of 8984 km occurs around perihelion. This is an overall variation of approximately 11% during each Martian orbit.

The orange glow indicates the extent of the exosphere – the outermost layer of the Martian atmosphere, where gaseous atoms and molecules escape into space and interact directly with the solar wind.