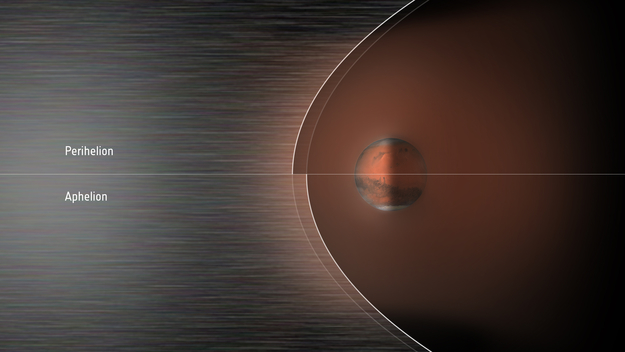 The orange glow indicates the extent of the Martian exosphere – the outermost layer of the atmosphere, where gaseous atoms and molecules escape into space and interact directly with the solar wind.