Mars in orbit – aphelion and perihelion 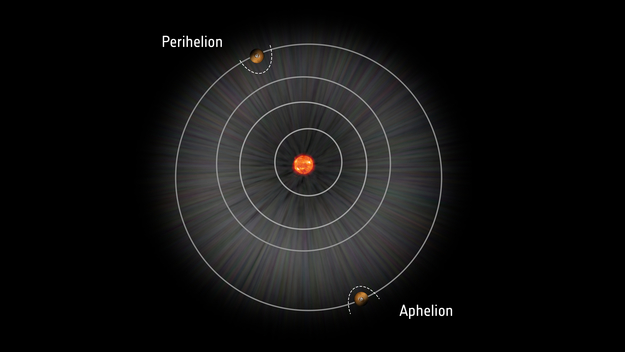