Rolling of Planck Spacecraft into Container

Rolling of Planck Spacecraft into Container 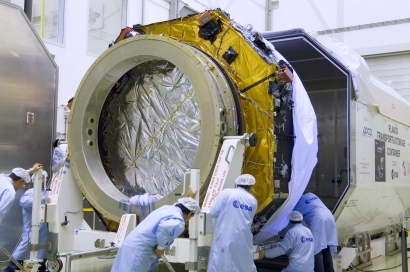 Monday, 21 April 2008, the Planck spacecraft was rolled into its transport and storage container for transport to Centre Spatial Liège.
11-Jul-2020 05:49 UT