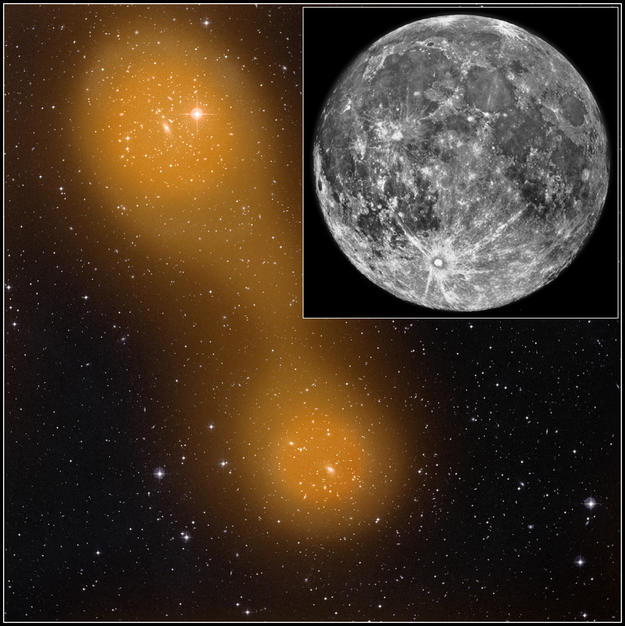 This image shows the two galaxy clusters Abell 399 and Abell 401, which can be seen in the upper left corner (Abell 401) and in the central lower portion of the image (Abell 399), respectively. They are located at redshift z~0.07 – about one billion light-years away from us.

In the optical image, obtained with ground-based telescopes, galaxies are visible as slightly elliptical, bright flecks. The two clusters can be seen as the two portions of the images that show a higher concentration of galaxies. The image is also dotted with several foreground stars that belong to our Galaxy, the Milky Way.

Depicted in orange is the hot gas that pervades the two clusters and the space between them, based on data from ESA's Planck satellite. Planck can detect the hot gas via the Sunyaev-Zel'dovich effect.

The image is one degree across, which corresponds to twice the diameter of the full Moon in the sky. The full Moon is shown in the image for comparison.