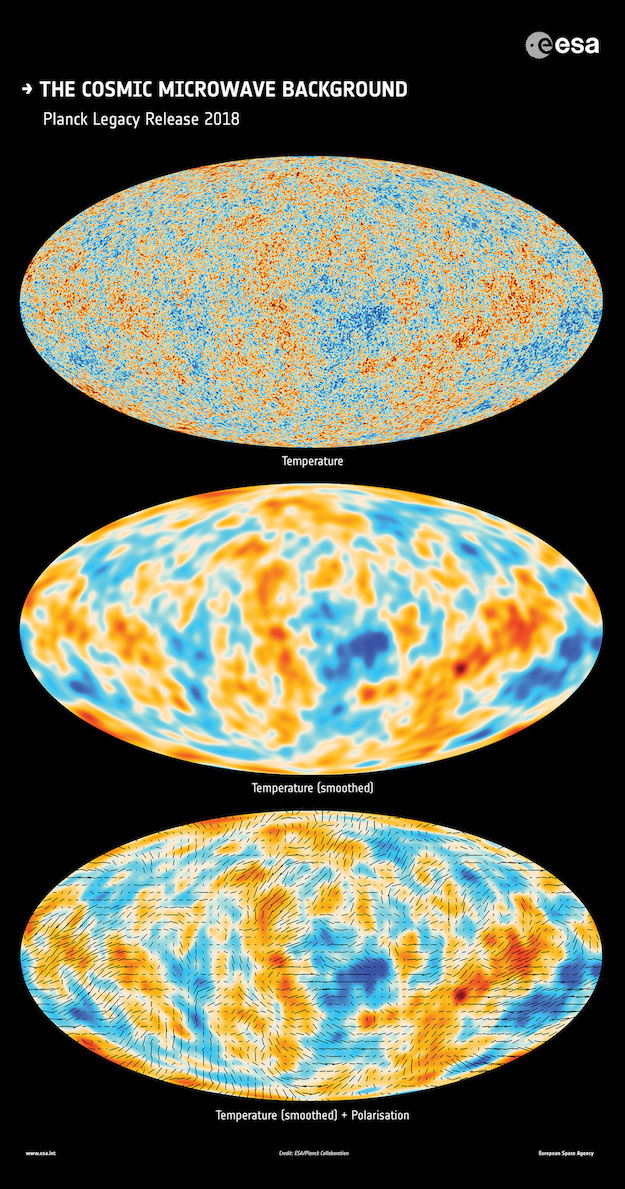 The anisotropies of the cosmic microwave background, or CMB, as observed by ESA's Planck mission.

The CMB is a snapshot of the oldest light in our cosmos, imprinted on the sky when the Universe was just 380 000 years old. It shows tiny temperature fluctuations that correspond to regions of slightly different densities, representing the seeds of all future structure: the stars and galaxies of today.

These images are based on data from the Planck Legacy release, the mission’s final data release, published in July 2018.