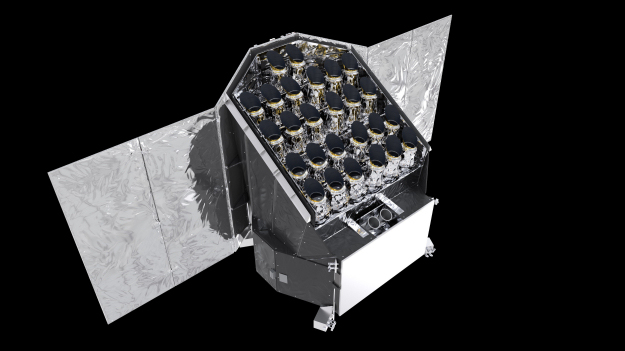 Artist's impression of ESA's PLATO spacecraft. The unique payload comprises 26 cameras. Two smaller cameras seen at lower right are not part of the payload, but rather startrackers used for navigation.

PLAnetary Transits and Oscillations of stars (PLATO) is the third medium-class mission in ESA's Cosmic Vision programme. Its objective is to find and study a large number of extrasolar planetary systems, with emphasis on the properties of terrestrial planets in the habitable zone around solar-like stars. PLATO has also been designed to investigate seismic activity in stars, enabling the precise characterisation of the planet's host star, including its age.