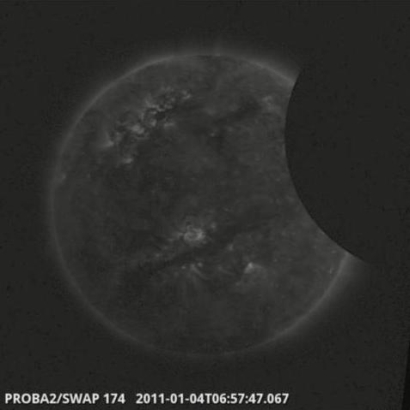 Proba-2's SWAP imager had its view of the 4 January 2010 solar eclipse dimmed by the approaching Earth's atmosphere, which blocks much of the EUV light the instrument is sensitive to. At this point Proba-2, the Earth, Moon and Sun are near the same line in space.
View »
10-Aug-2022 01:32 UT