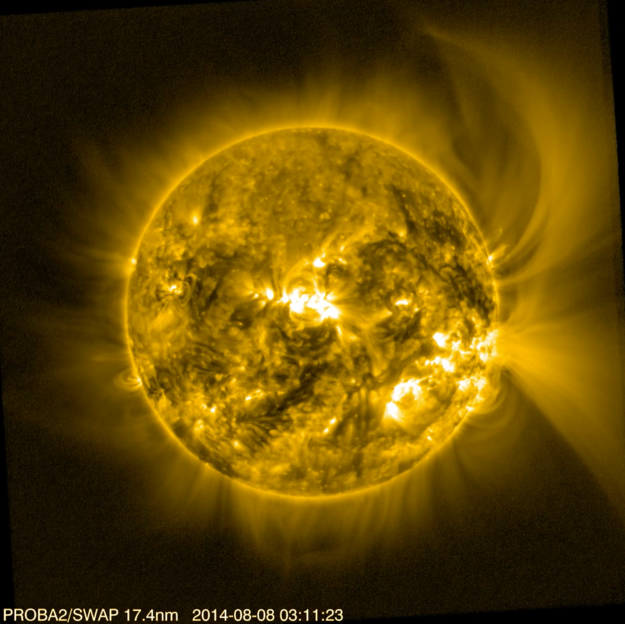 This image of the Sun is from a time-lapse video from ESA's PROBA2 SWAP camera. This instrument has been monitoring the Sun since February 2010 producing striking views showing the three-dimensional structure of the solar corona.

SWAP’s ability to observe extreme-ultraviolet light — typically emitted by very hot objects — gives a truly unique view, showing how the Sun’s corona changes and evolves over time. Due to its large viewing angle, PROBA2 sees a region of the corona not seen by the other solar workhorses, including the ESA/NASA Solar and Heliospheric Observatory (SOHO), and NASA’s Solar Dynamics Observatory (SDO).

The coronal plasma glows in ultraviolet and extreme-ultraviolet light due to its extremely high temperature. By picking one particular wavelength — a very narrow band centred at 17.4 nm — SWAP is able to single out structures with temperatures of around one million degrees.

This image, from 8 August 2014, shows an example of one of the impressive, sweeping fans that appear to pour out of the sides of the Sun and continue all the way up to the north pole.