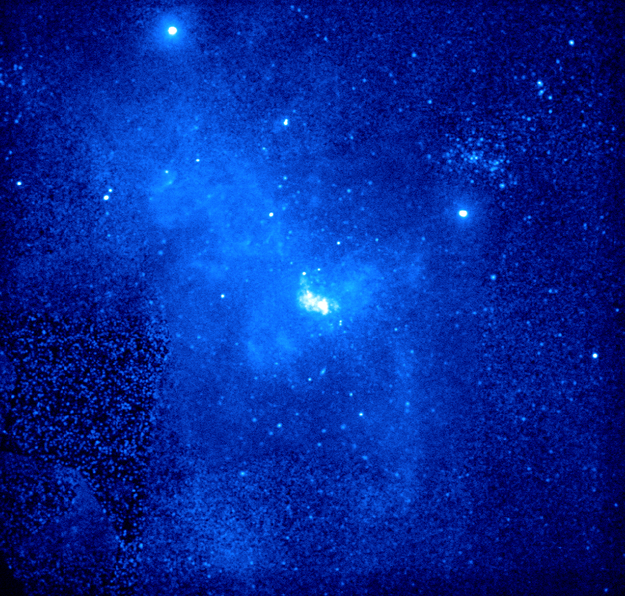 After its launch in the early 2030s, ESA's Athena X-ray observatory will explore the hot, energetic Universe, mapping gas at temperatures of millions of degrees or more, and searching for supermassive black holes at the cores of galaxies across the cosmos.

The satellite will carry the Wide Field Imager (WFI), an instrument so sensitive that it will detect X-ray sources an entire order of magnitude faster than the most powerful X-ray observatories active today, such as ESA's XMM-Newton or NASA's Chandra X-ray Observatory.

This image, created in October of 2016 using the SIXTE (SImulation of X-ray TElescopes) software package, is a simulation of what Athena's WFI instrument will see after 100 000 seconds of observations – equivalent to over 27 hours – towards the centre of our Milky Way galaxy. It spans 40 arcminutes on each side.

Athena will study the faint X-ray glow emanating from this region, which houses a supermassive black hole with the mass of four million Suns, in unprecedented detail. It is expected to also capture flaring episodes that occur almost daily – and whose origin remains elusive.