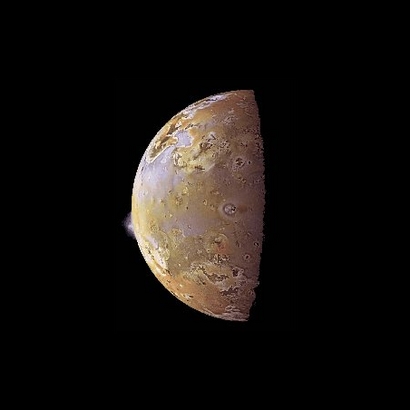 with one of its volcanic plumes visible at the limb. The Galileo dust detector found Io's volcanic ash particles at distances out to 300 million kilometers from Jupiter. Io has about the size of the Earth's moon.
View »
7-Feb-2023 01:04 UT