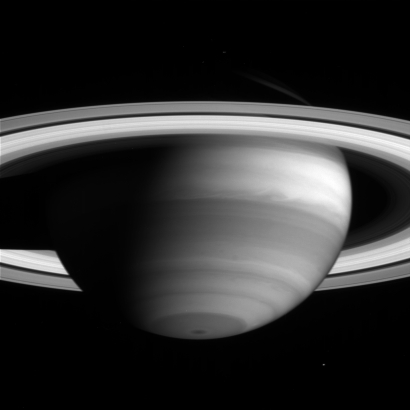 The high clouds of Saturn's bright equatorial band appear to stretch like cotton candy in this image taken by the Cassini narrow angle camera on 11 May 2004. The icy moon Enceladus (499 kilometres in diameter) is faintly visible below and to the right of the South Pole. The image was taken from a distance of 26.3 million kilometres from Saturn through a filter centered at 727 nanometers. The image scale is 156 kilometres per pixel. No contrast enhancement has been performed on this image.