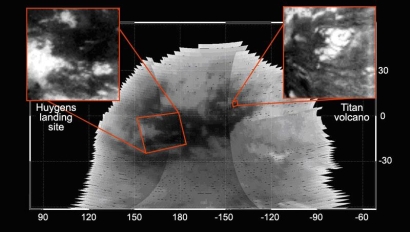 On 26 October 2004, the Cassini spacecraft flew over Titan at less than 1200 kilometres at closest approach, acquiring several hyperspectral images with spatial resolution ranging from a few tens of kilometres to 2 kilometres per pixel.
View »
30-Jan-2023 08:46 UT