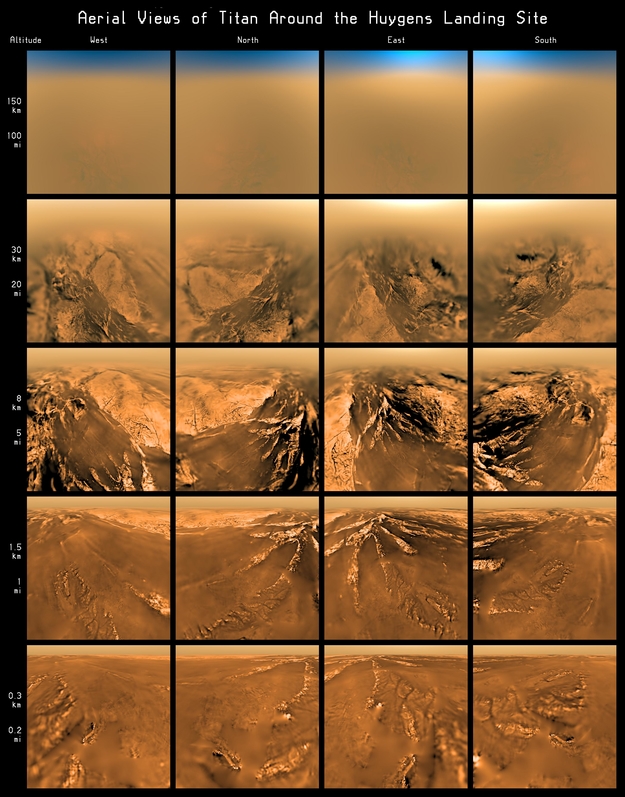 These images of Titan were taken by the Descent Imager/Spectral Radiometer (DISR) on board the Huygens probe, during its descent to Titan's surface on 14 January 2005. The views from the probe, in the four cardinal directions (West, North, East, South), were taken at 5 different altitudes (top to bottom): 150 km, 30 km, 8 km, 1.5 km and 300 m.

#1. Profiling the atmosphere of Titan