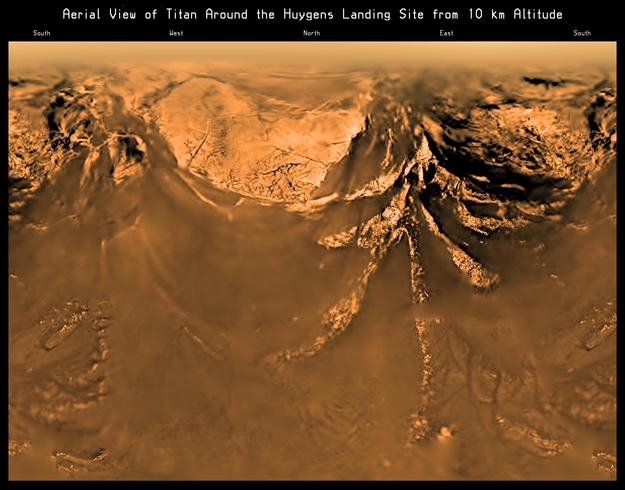 This image is a Mercator projection of a Huygens view of Titan, taken at 10 kilometres altitude (in a Mercator projection the cardinal directions are kept intact – they cross at right angles – but surface areas are distorted). The image was taken during the Huygens probe's descent by the Descent Imager/Spectral Radiometer (DISR), on 14 January 2005.