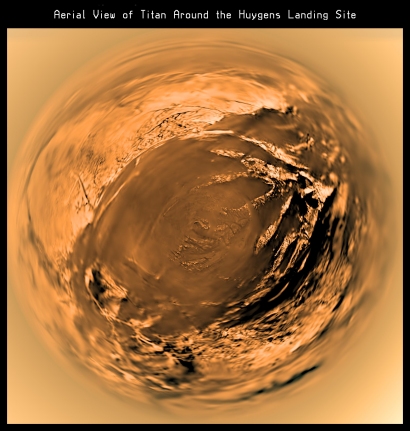 This fish-eye projection shows a stereographic view of Titan's surface from 5 kilometres above the surface. It is built with images taken during the Huygens probe's descent by the Descent Imager/Spectral Radiometer (DISR), on 14 January 2005.

Huygens landing site to be named after Hubert Curien