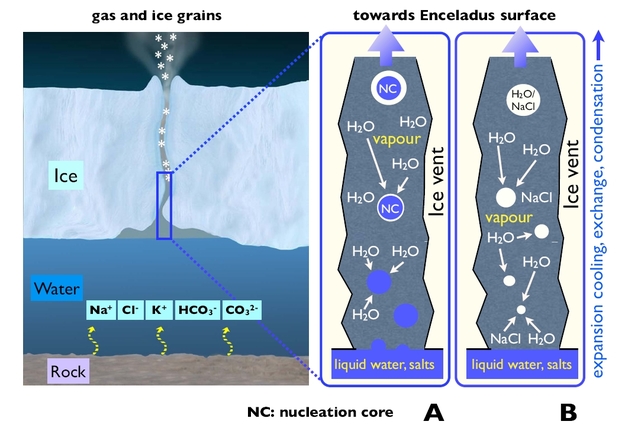 A. Na-rich grains: Aerosol like droplets (blue) are generated from the spray of bursting bubbles of ascending gas at the surface of the salty liquid. The frozen droplets (sub-micron to micron size) preserve the liquid ocean's composition. They would condense some additional water from the supersaturated gas that drags them to the surface. Therefore, the salt content of the Na-rich (Type III) can be considered as a lower limit for an Enceladus ocean.

B. Na-poor grains: Formation of ice grains by condensation of water vapour ascending from the liquid reservoir with subsequent growth and transport in the vent. The particles have the same low ratio of Na/H2O as the vapour.