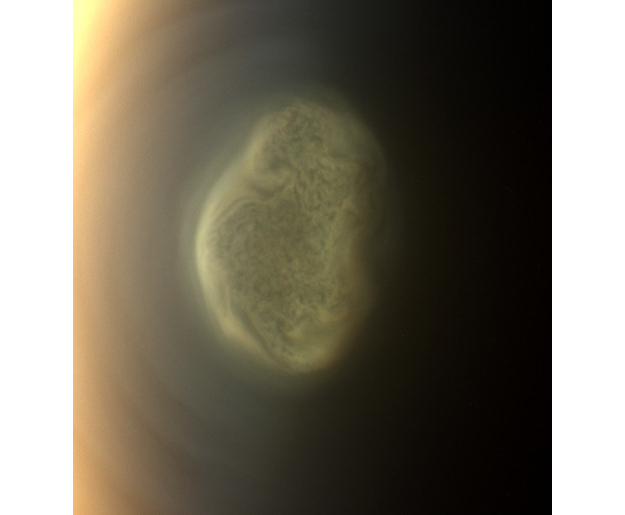 A true-colour image of the south pole vortex observed in Titan's atmosphere at about 200-300 km altitude, as seen during a Cassini flyby of Saturn's largest moon on 27 June 2012. Since equinox in August 2009, the seasons have been changing, becoming spring in the northern hemisphere and autumn in the southern hemisphere. The formation of the vortex over the south pole indicates the effect of the changing seasons on the circulation pattern in Titan's atmosphere, specifically with cooler air sinking down from warmer, high altitudes.

The image was obtained with the Cassini spacecraft narrow-angle camera at a distance of approximately 484 000 kilometres from Titan.