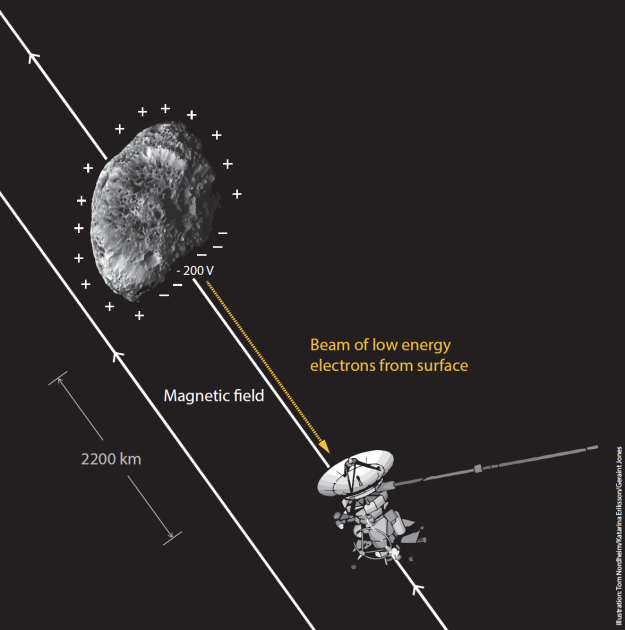 During a close encounter with Hyperion on 26 September 2005, unexpected measurements with several instruments on board the Cassini spacecraft indicated that something strange was taking place in the particle-plasma environment. Analysis of these measurements showed that the Cassini orbiter was briefly bathed in a beam of electrons coming from the electrostatically charged surface of Hyperion. This is the first confirmed detection of surface charging on an object in the outer Solar System and it has wide-spread implications since this fundamental process is predicted to occur on many different bodies, including asteroids, moon and the surface of comets.