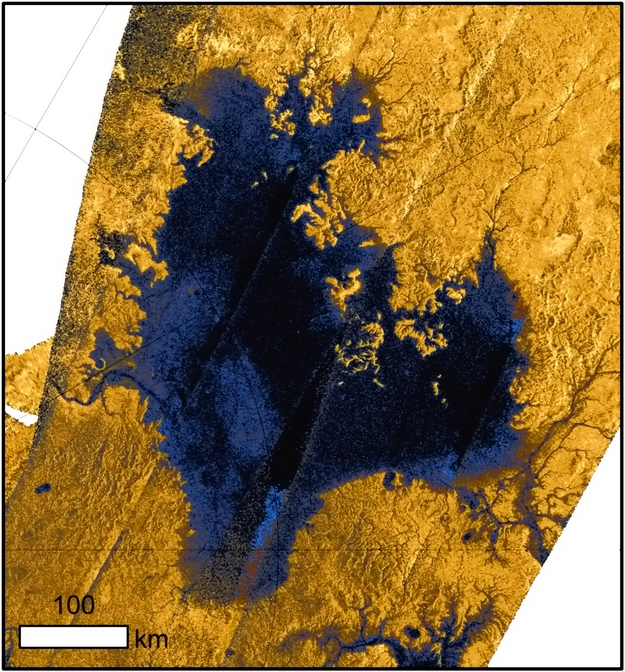 Close-up radar image of Ligeia Mare, the second largest known body of liquid hydrocarbons on Titan. It measures roughly 420 × 350 km and many rivers can be seen draining into the sea.

The radar image was created using data collected by the international Cassini spacecraft.