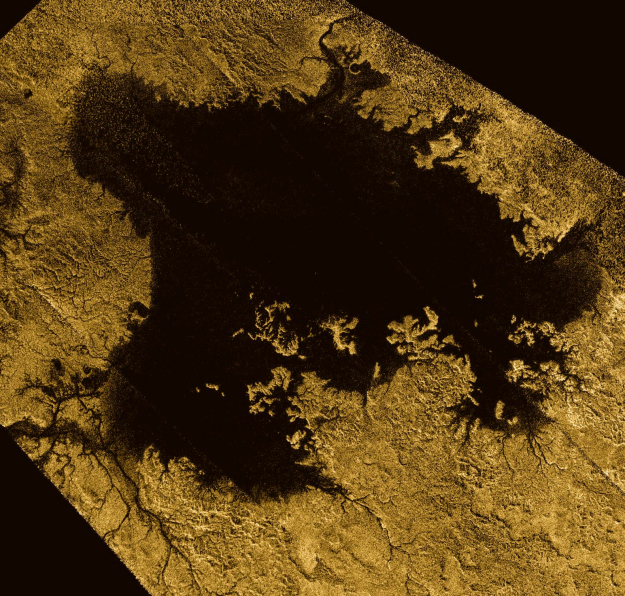 Ligeia Mare, shown here in a false-colour image from the international Cassini mission, is the second largest known body of liquid on Saturn's moon Titan. It measures roughly 420 km × 350 km and its shorelines extend for over 3000 km. It is filled with liquid methane.

The mosaic shown here is composed from synthetic aperture radar images from flybys between February 2006 and April 2007.

Profile of a methane sea on Titan