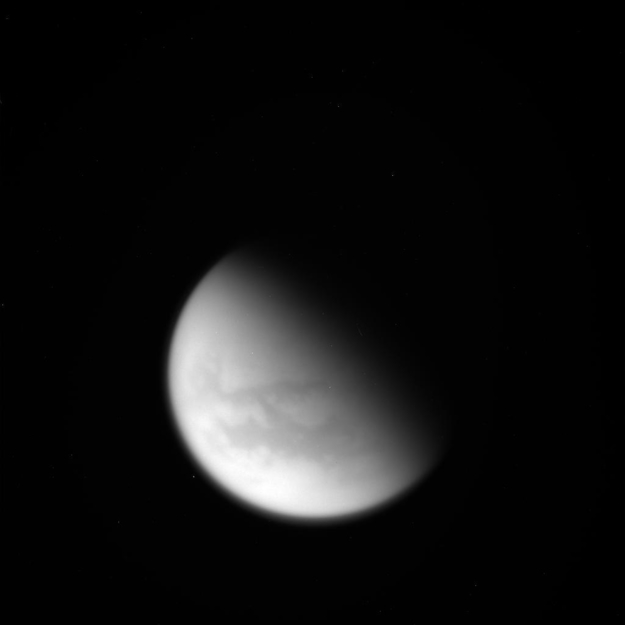 In the early hours of Saturday morning, 22 April, the international Cassini-Huygens mission made its final close flyby of Saturn's largest moon, Titan, coming within 1000 km of the atmosphere-clad world.

This raw, unprocessed image was captured by the Cassini spacecraft during the flyby. Taken on 21 April 2017, at 20:10 UTC, it is one of the many images that can be found in the Cassini raw image archive.