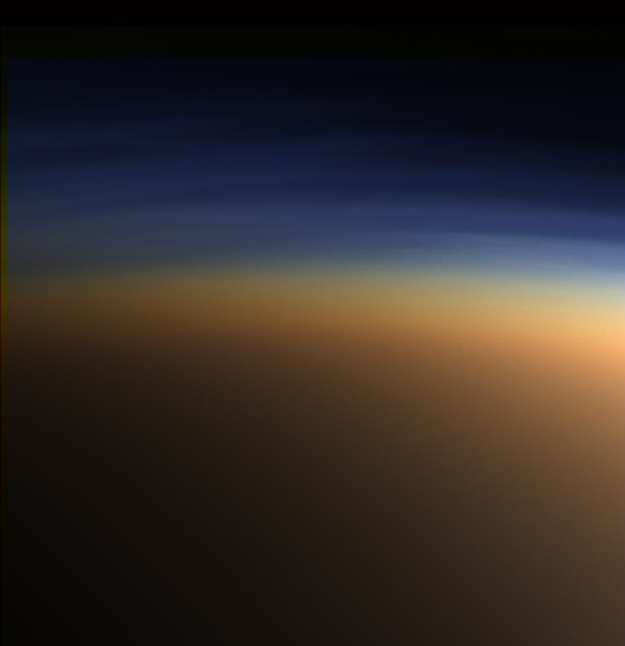 This natural colour image shows Titan's upper atmosphere - an active place where methane molecules are being broken apart by solar ultraviolet light and the by-products combine to form compounds like ethane and acetylene.

Lower down in the atmosphere, the haze turns into a globe-enshrouding smog of complex organic molecules. This thick, orange-coloured haze absorbs visible sunlight, allowing only perhaps 10 percent of the light to reach the surface.

This image was taken with the NASA/ESA/ASI Cassini spacecraft wide-angle camera using red, green and blue spectral filters, which were combined to create this natural colour view.

The images were obtained at a distance of approximately 9500 kilometres from Titan on 31 March 2005. The image scale is approximately 400 metres per pixel.

Has Cassini found a universal driver for prebiotic chemistry at Titan?