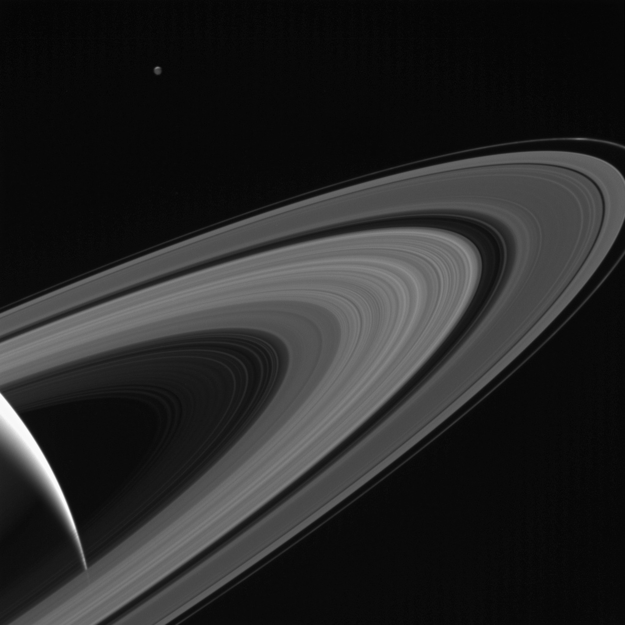 Cassini gazes across the icy rings of Saturn toward the icy moon Tethys, whose night side is illuminated by Saturnshine, or sunlight reflected by the planet.

Tethys was brightened by a factor of two in this image to increase its visibility. A sliver of the moon's sunlit northern hemisphere is seen at top. A bright wedge of Saturn's sunlit side is seen at lower left. The image was taken in visible light with the Cassini spacecraft wide-angle camera on 13 May 2017.

The Cassini Solstice Mission is a joint United States and European endeavour. The Jet Propulsion Laboratory, a division of the California Institute of Technology in Pasadena, manages the mission for NASA's Science Mission Directorate, Washington, D.C. The Cassini orbiter was designed, developed and assembled at JPL. The imaging team consists of scientists from the US, England, France, and Germany. The imaging operations centre and team lead (Dr. C. Porco) are based at the Space Science Institute in Boulder, Colorado.