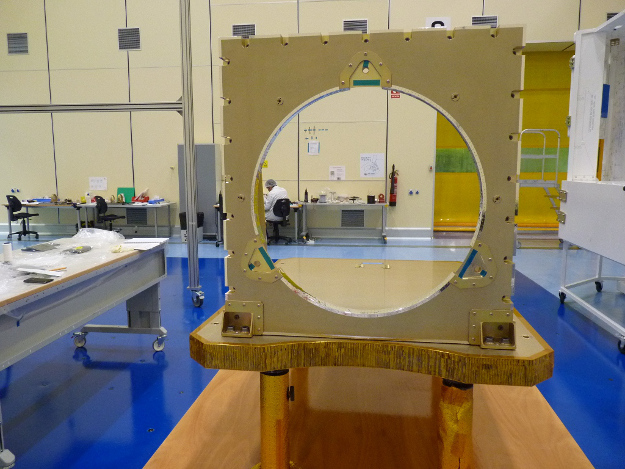 The support structure for the Baffle and Cover Assembly (BCA) mounted on the dummy platform mounting panel, before covering with multilayer insulation (MLI).

The BCA, under the design responsibility of CSL/University of Liège and manufactured by Qinetic, is a key element of the science payload. The baffle provides the high level of straylight rejection needed to achieve the photometric precision crucial to the scientific success of CHEOPS. The protective cover prevents contamination of optical surfaces during advanced integration and launch. It will be opened, after launch, during the commissioning phase.