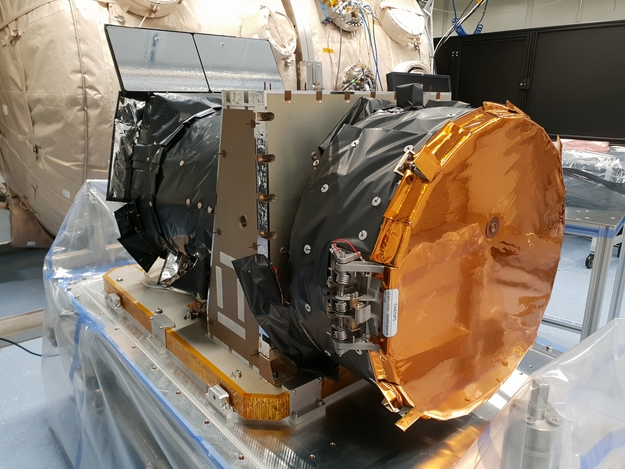 The CHEOPS science instrument in the cleanroom at the University of Bern, Switzerland, with the thermal-vacuum chamber in the background. Between calibration runs, the telescope aperture is sealed by the copper-coloured lid of the cover assembly. One of the qualification tests involved verifying that the instrument was perfectly light-tight by illuminating the sealed instrument from many angles. Notice the spring-loaded mechanism that will release the lid to reveal the entrance aperture after launch.

Walking around the science instrument

#11: Putting things together: the CHEOPS science instrument arrives in Madrid