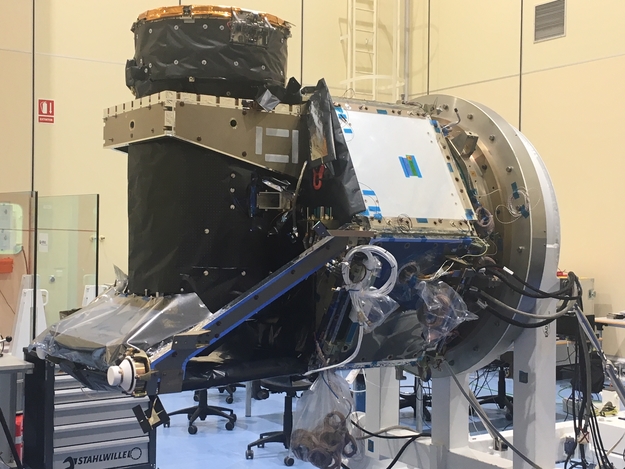 The CHEOPS science instrument (predominantly black) attached to the silver-coloured spacecraft platform at Airbus Defence and Space Spain in Madrid. One of the first activities undertaken in Madrid after the science instrument arrived from Bern was the alignment of the baffle and cover assembly with the optical telescope assembly. The baffle serves to prevent stray light from off-axis sources entering the telescope aperture. Rejecting stray light, which comes primarily from Earth, is a particularly important requirement for the CHEOPS instrument.

#11: Putting things together: the CHEOPS science instrument arrives in Madrid