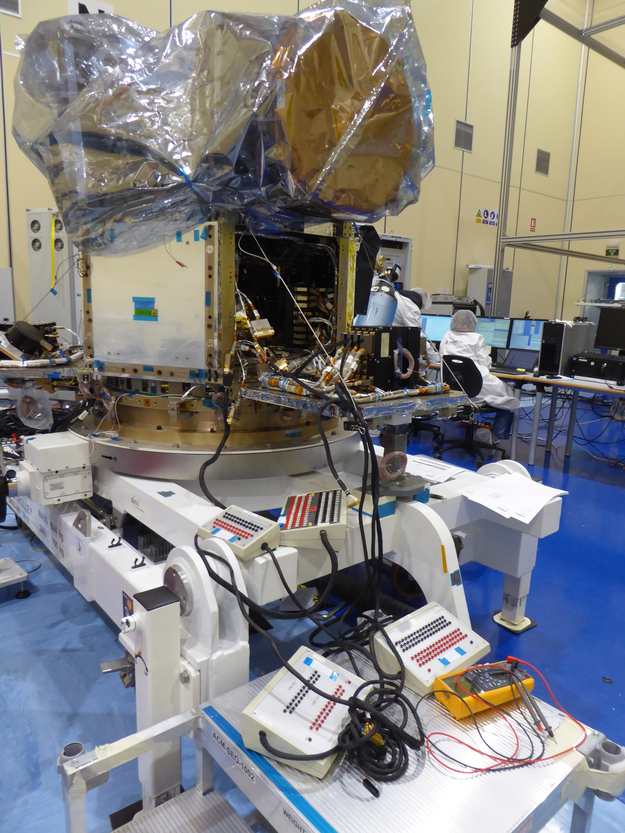 The science instrument of the CHEOPS satellite (covered in protective plastic) on top of the spacecraft platform in the cleanroom of Airbus Defence and Space Spain in Madrid.

Electrical test equipment can be seen in the foreground, while engineers scrutinise test data in the background. One of the six side panels of the spacecraft platform is open, revealing the black On Board Computer (OBC). The OBC can provide the spacecraft with command autonomy for three days and is based on a LEON 3 processor, whose reliability has been proved during previous missions.

#12: From star positions to images: CHEOPS operations centres pull together