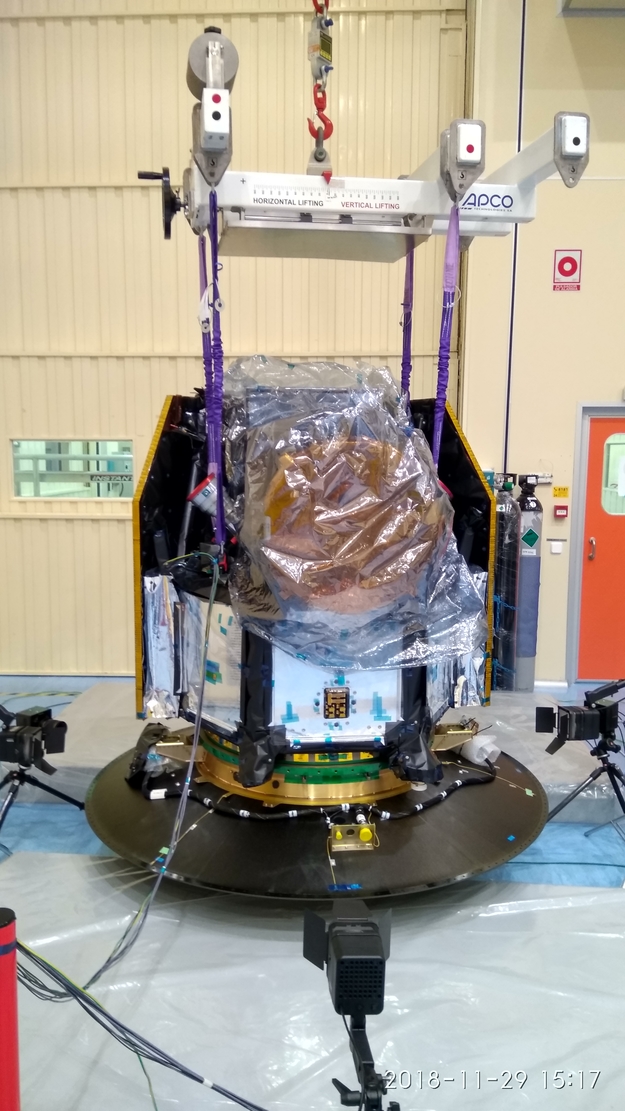 The CHEOPS satellite connected to the Soyuz launch adapter during mechanical and electrical fit checks. The clamp-band separation system that will release CHEOPS into orbit is visible: it consists of two brass-coloured rings mated together, one atop the adapter and fixed to the launch vehicle via a conical interface, and the second one located at the bottom of the spacecraft and remaining with the satellite. When the clamp is released, CHEOPS will be pushed gently into space by a spring-loaded mechanism. The three black lamps surrounding the launch adapter on tripods were used to illuminate the clamp band while a high-speed video camera (just visible behind the lamp on the left) recorded the release dynamics.

#16: CHEOPS is ready for flight