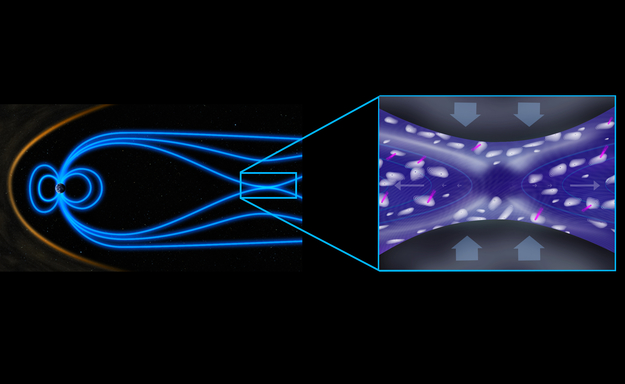 In the insert, two plasma flows with anti-parallel magnetic fields are pushed together, flowing in from above and below. At the crossing of the two flows, an X-line arises, whereas smaller X-lines as well as O-lines – whirlpool-shaped vortices where the magnetic field lines swirl together – may appear throughout the broader diffusion region.