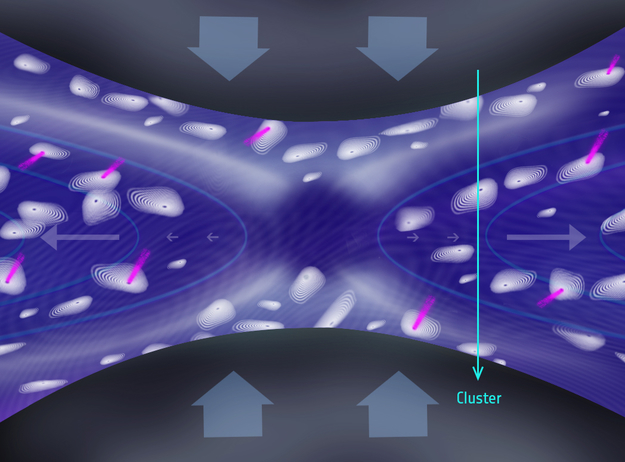 As revealed in a study based on data from ESA's Cluster mission, most of the energy dissipated during a reconnection event is not released at the X-lines, but rather at the O-lines. The Cluster data were from 9 October 2003, when the four spacecraft were flying through the diffusion region (indicated by the arrow), only about 200 km apart. During their passage they encountered several potential sites of X- and O-lines.