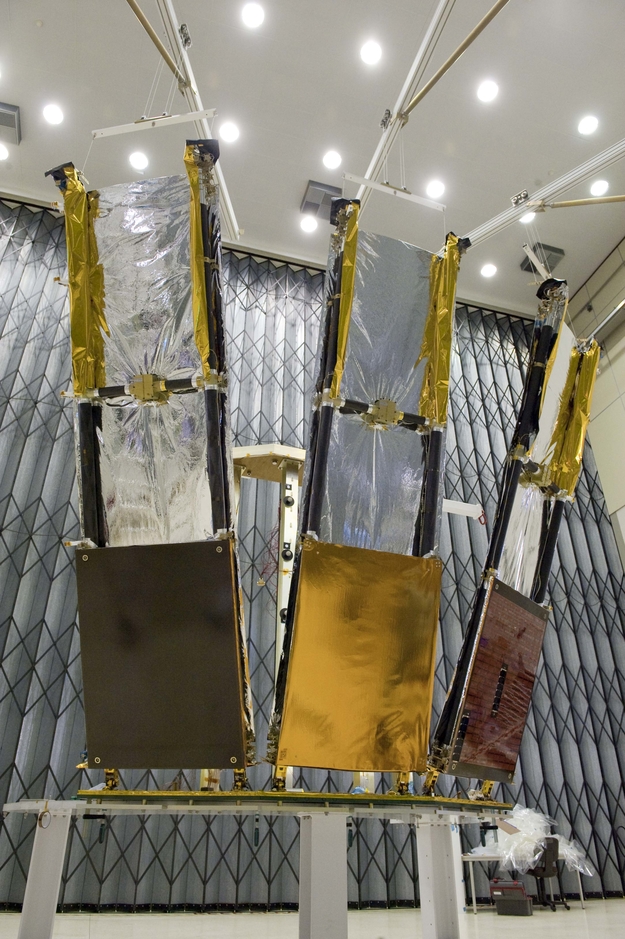 On 29 June 2009 the qualification model (QM) of Gaia's deployable sunshield arrived at the ESTEC test facilities for thermal tests inside the Large Space Simulator.

This image shows the QM sunshield during preparations inside the cleanroom on 2 July 2009, with only part of the thermal shields (blankets of multi-layer insulation, or MLI) installed.

Clearly visible are the three H-shaped frames, made of carbon-fibre reinforced plastic, to which the different sections of the sunshield's two parallel blankets of MLI are already partly attached.

The small 'box' In the centre of the intermediate horizontal tube of each H-shaped frame is the fitting that is part of the hold-down/release mechanism. It is this mechanism that holds the sunshield in stowed configuration during the mission's launch phase. The sunshield deployment is initiated by pyrotechnics inside the same mechanism, which cause the release of the frames from the spacecraft sides.

The sunshield frames are seen here in semi-deployed configuration for the preparation and attaching of the MLI blankets.