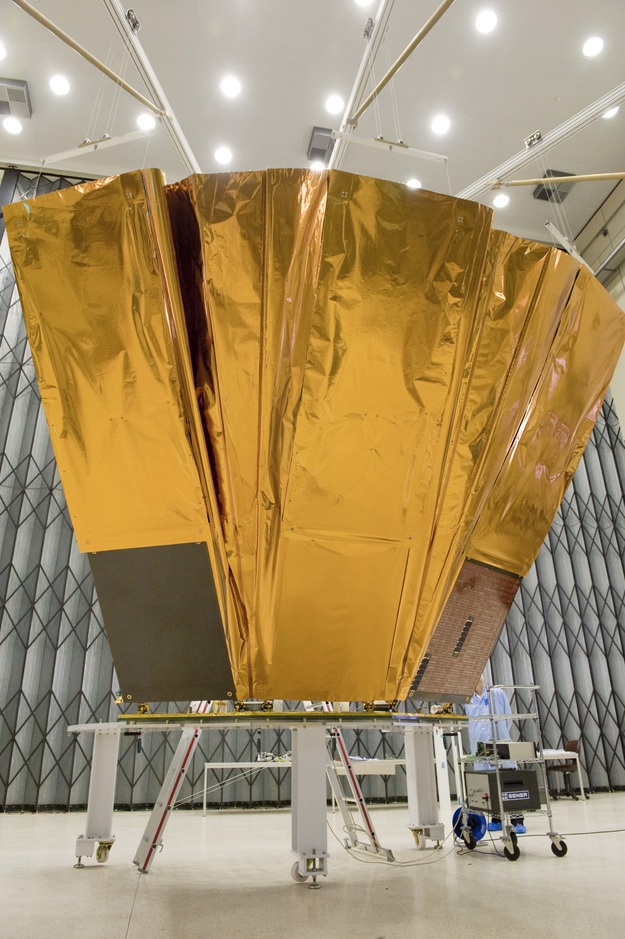 The gold-coloured blanket of multi-layer insulation (MLI) is the Sun-side blanket of the sunshield. It is made up of fixed sections attached on the three rectangular frames, and two foldable sections between the frames.