Gamma Ray Emission from Cassiopeia A 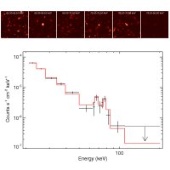 A recent article in the Astrophysical Journal by Renaud et al. presents the results of detailed spectroimaging of the young Cassiopeia A supernova remnant with INTEGRAL IBIS/ISGRI that constrain the 44Ti signature and production models.
Published: 29 September 2006

Presented in a recent paper a team of astronomers led by R. Marcinkowski have shown INTEGRAL's capability to observe powerful Gamma-Ray Bursts that are located outside the telescope's field of view. The high energy radiation can pass through the lead shielding and onto the detectors. After analysis, the collected data can reveal the position on...
Published: 19 June 2006 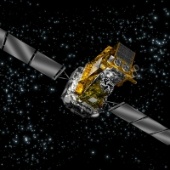 INTEGRAL has detected surprisingly powerful X-ray and gamma ray emission from a special class of neutron star, known as Anomulous X-ray Pulsars (AXP), which proves them to be among the most magnetically active bodies known.
Published: 17 March 2006 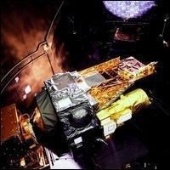 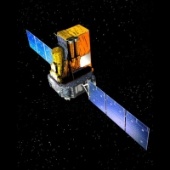 In two dedicated papers, INTEGRAL Project Scientist Christoph Winkler presents a selection of scientific highlights achieved during the first two and a half years of Integral science operations.
Published: 7 October 2005 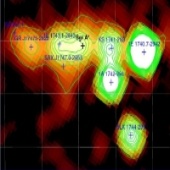 In an article to be published in the Astrophysical Journal, Bélanger et al. report on the nature of a hard X-ray source located near and associated with the black hole at the centre of our galaxy.
Published: 14 September 2005

INTEGRAL in the Journals 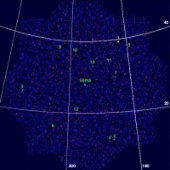 A number of interesting papers have recently been published based on data gathered by INTEGRAL - ESA's gamma-ray observatory. They cover a range of observations covering all the capabilities of the spacecraft.
Published: 16 August 2005 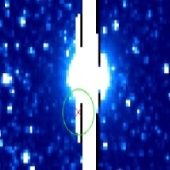 The OMC onboard INTEGRAL was triggered via the INTEGRAL Burst Alert System last week in an attempt to view the optical counterpart to a Gamma-ray Burst. Unfortunately the star alpha Crucis got in the way.
Published: 8 July 2005 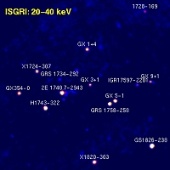 Among INTEGRAL's science goals is the study of objects residing at the centre of our galaxy, and the physical processes at play in this region.
Published: 25 May 2005

More than 100 participants from ISWT and collaborating teams attended a lively and productive workshop with many new exciting scientific results.
Published: 10 February 2005

INTEGRAL TOO observation of V0332+53 in outburst 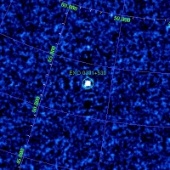 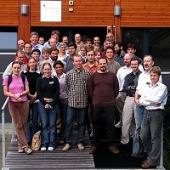 The first INTEGRAL Data Analysis Workshop was organized by the INTEGRAL Science Data Centre (ISDC) on 5-9 October 2004. The workshop brought together PhD students as well as experienced researchers all wanting to learn more about INTEGRAL and how best to analyse the data from ESA's gamma-ray observatory.
Published: 22 October 2004 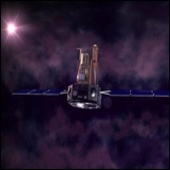 An invitation is made to researchers to submit proposals to the 3rd Announcement of Opportunity for the INTEGRAL satellite.
Published: 13 September 2004 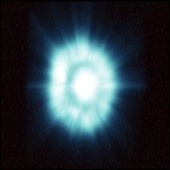 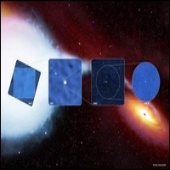 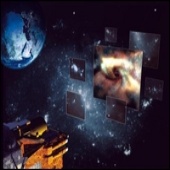