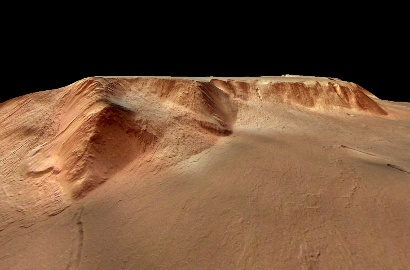 This perspective view of the western side of the Olympus Mons caldera shows evidence of ice/snow and water. A close-up image (see also "Olympus Mons Caldera - detail") shows a detail in the left side of the scarp above.