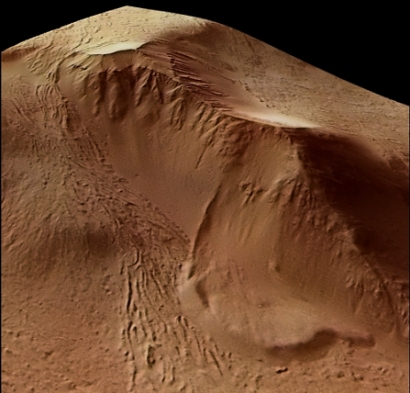 This image is a close-up of the left side of the scarp in the main image (see also "Western Scarp of Olympus Mons"). This perspective view of the western side of the Olympus Mons caldera shows evidence of ice/snow and water.