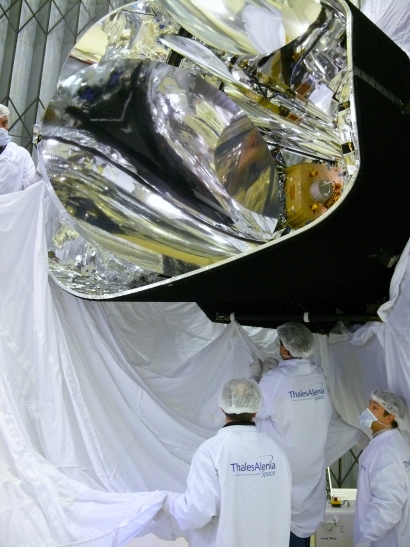 Friday, 18 April 2008, the payload module of the Planck spacecraft was wrapped inside a protective textile cover as part of the preparations for the spacecraft's transport on Monday 21 April.