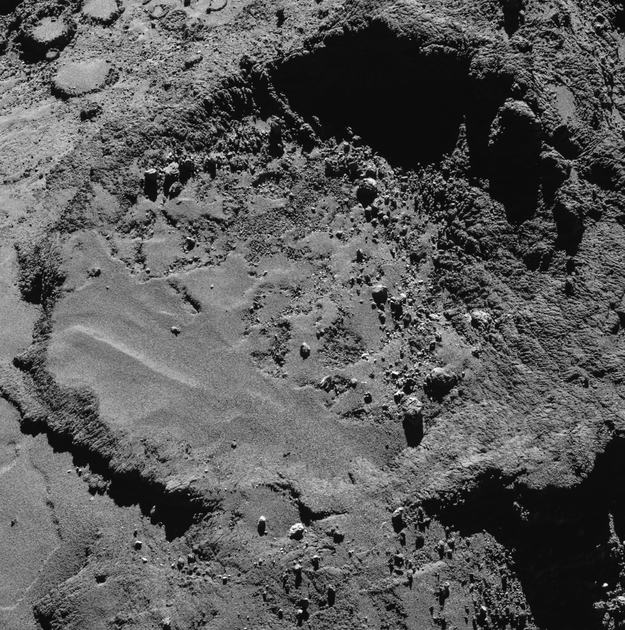 This image shows the site of a plume that occurred on 3 July 2016 on comet 67P/Churyumov–Gerasimenko (67P/C-G), the target of ESA's Rosetta mission. This view was obtained by Rosetta's OSIRIS (Optical, Spectroscopic, and Infrared Remote Imaging System) Narrow Angle Camera on 3 May 2016, some months before the outburst took place.

The location of the dust plume was in a depression to the left of the large boulder near the deep shadows at the top. This image is one of the best-known views of this area from this angle, and reveals some detail on the northeastern face of a 10-metre wall that runs along the edge of the depression (although it still appears largely in shadow).

Animation of ultraviolet aurora being produced at Rosetta's comet