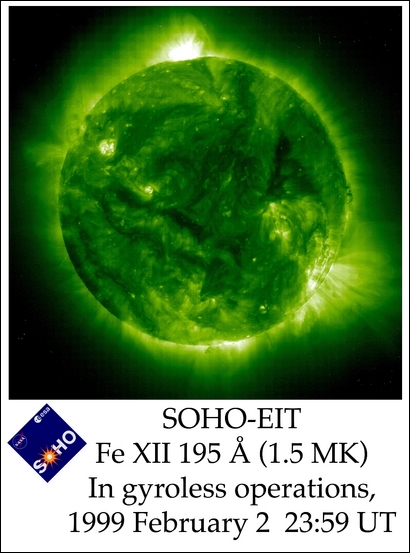 SOHO was returned to gyroless, roll maneuver wheels (RMW) mode operation on Saturday 30 January 1999. On Monday 1 February 1999 a stationkeeping maneuver was performed, and on Tuesday 2 February 1999 the spacecraft was placed in normal mode --- all without gyros.
View »
4-Oct-2022 03:41 UT