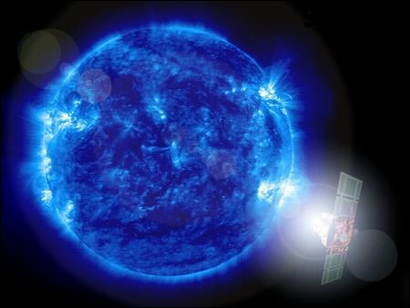 SOHO is stationed 1.5 million kilometres away from the Earth in the first Lagrange point L1, directly in line of the Sun. There, it constantly watches the Sun for activity, returning spectacular pictures and data of the storms that rage across its surface. SOHO was launched in 1995 by a NASA Atlas-IIAS/Centaur rocket.
View »
19-Aug-2022 13:53 UT