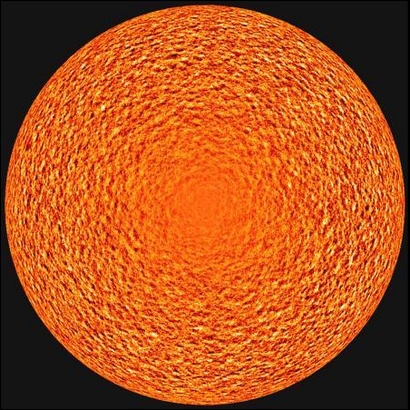 This image is the result of averaging 30 velocity images and subtracting the Sun's rotation,  and can also be thought of as a map of the speed of the Sun's surface. Supergranules are large cells, measuring around 30 000 kilometres across (about two Earths across) but their origin and depth are currently unknown.

Our Sun does the wave